A coworker asked me this week what I’ll be doing for St. Patrick’s Day. I told him “Staying inside, locking my doors, and boarding my windows.” While I love and respect Irish culture, what this holiday has turned into is literally my least favorite day of the year to go outside and venture out and about. It is the ultimate “Bro Holiday,” and when it comes to being around wasted bros, young and old, yeah thanks, but no thanks. 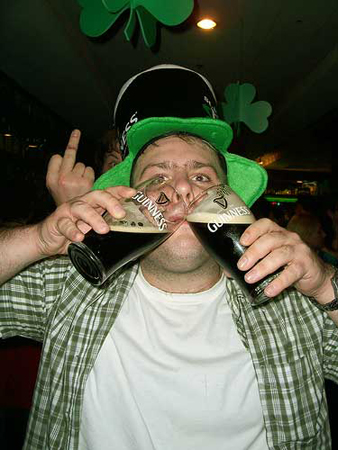 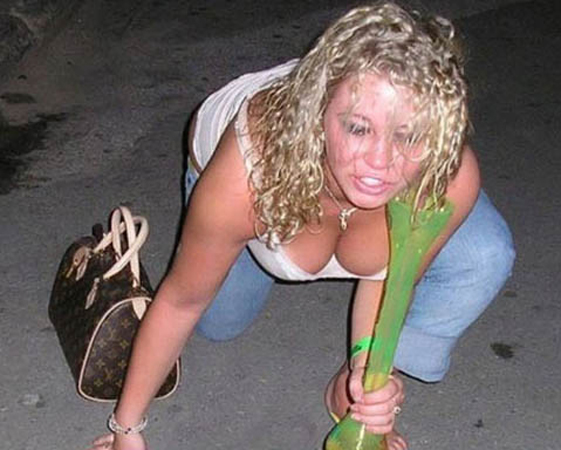 One year when I was living in New York City, I went out at night and was getting more and more pissed everywhere I went because I couldn’t figure out why there were so many douchebag bros everywhere I went. It actually took me a couple hours and a few bars to realize it was St. Patrick’s Day. About ten seconds after my “Ahhhhhh, FUCK!” moment, I bounced the hell out, ran to the subway, and zipped home as fast as I could.

That being said, while in my opinion there is not much to love about the holiday, there is MUCH to love about Irish people and Irish culture. The first time I ever met an Actually Irish Person was at a pub in a small town in Germany when I was 19. It was your standard fare Irish pub, small, wooden furnishings, a husband and wife acoustic duo playing on stage. I ended up chatting with a bearded Irish man in his 50s and his gorgeous blonde wife who was probably around 35.

Two things stand out to me from that conversation. One was when he put his arm around me and said “Son, if yeh ever want to learn how to drink and fight, come to Ireland and I’ll show yeh.” He was a pretty warm, friendly guy, and I’m pretty sure this was a serious offer. The second is a very strange and funny scenario that happened upon our parting. As I was leaving, his lusty, busty, gorgeous wife gave me a long, warm, dare I say sensual good night hug, which positively tingled my young virginal body with delight from head to toe. And I’m sure she knew it. After holding and squeezing my quivering, frail body for a few seconds, she smiled and let me go. When I then went over to her husband and shook his hand, he gave me a hearty handshake, smiled his big friendly smile, said something about how good it was to meet me, and then, still holding our handshake, lightly punched me in the jaw and said “And stop looking at me wife like that!!!” before laughing like a bear and pulling me in for a hug.

If that’s not Irish, I don’t know what is…

Many years later, when I was in my early 30s, I dated an Irish cop for awhile. Gráinne was the very definition of a bad ass bitch. How was she bad ass? Oh, let me count the ways. First, I should relate the story of how we met. I was drinking at my favorite neighborhood bar in New York, sitting alone and relaxing. I saw her and was just dumbstruck by her beauty. She was your classic Irish beauty, tall, slender, dark haired and fairest skinned. She also had a presence, an aura, a magnetism. She was with some friends, and it would have been the height of uncouthness to approach her this way. So, being sly, when I noticed one of her friends walking back into the bar after having a smoke outside, I gently touched her arm to get her attention, and said “I think your friend is gorgeous, can I ask if she’s single?” She told me that she was, indeed, recently single, divorced in fact. BUT, the group of people she was hanging out with were her husband’s friends, so unless I enjoyed receiving a good beatdown behind the bar, I should very much stay away from her tonight. So I just said “Well, tell her I think she’s amazing, and if she’d like to talk to me, let me know.” Not long after, her friend returned with a slip of paper and said “She likes you, she said to call her.” My heart went utterly aflutter.

So besides being gorgeous and having a magical aura, why was Gráinne so bad ass? Well first of all, she was married to a man for a long time, working and paying the bills while he went to medical school. I learned that she was divorcing him just as he was about to graduate. To me that speaks very highly of her honor, integrity, and self-respect. I don’t know if there are many women, or men for that matter, who would support a spouse through something as challenging as medical school, and when they feel it’s not working out for them, leave just before the payout, so to speak. This is really a high-caliber person sort of thing to do. I think that most people, even if they thought divorce was inevitable, would have lied to themselves and their loved ones for at least a few years in the expectation of more favorable terms should the divorce come to pass. I really can’t say enough about how much I respected her for this move. To this day this is one of the most honorable things I’ve seen a person do.

The other thing that made her so bad ass was her unicorn-like combination of beauty and toughness. She was all of 5’10”, yoga-slender, ephemeral…and also a New York City cop, working midnights in some of the toughest neighborhoods in the city. I must now relate another story that conveys both her beauty and her integrity. She was approached by a modeling agent at one point in her 20s, and picked up to model for Versace for a bit. She made about $25,000 that month. But she only lasted a month. She said the models were as shallow and vapid as you’d expect them to be, and being a smart chick, could not stand being around, in her words, “those dumb bitches” all day. So she quit. Again I ask, would you quit a high status, lucrative modeling job because you were annoyed by the people you were working with? Let me answer for you: NO. I sure as hell wouldn’t. I might tough it out for a few years and sock some cash away, but I’m pretty sure that’s a move I would not make.

On the other side of the coin of her beauty was her toughness. She would often text or call me at 3 or 4 in the morning telling me about how she just chased down and tackled some drug dealer in Washington Heights, or had to fight a guy who was resisting arrest. She absolutely loved that aspect of her job, and was thrilled every time it happened. She also used to send me texts from the gun range about how firing her pistol turned her on, how shooting a gun was so erotic, and could she please come over in an hour. I got an unusual number of texts from her about her guns, sometimes mentioning what a pain it was driving between states with her pistol underneath her seat, talking about her favorite gun and asking what was mine, or some other quirk about gun use and ownership. She was an ephemeral fairy who liked to fight drug dealers and was in love with her guns.

How this all relates to St. Patrick’s Day is one of the best comments she ever made when I took her to my favorite Irish pub, on 72nd street. It was an off night, say a Tuesday perhaps. We were chilling in a corner eating and drinking at a table, and in walked a gaggle of bros wearing green and being all “We’re so wild, and so IIIIIIRISH!!!!” She looked at them the way you’d look at a maggot in your cheese and said “I fookin’ HATE plastic patties….” I had never heard this term before. After I stopped crying from laughter, I had to ask her what a plastic patty is. A plastic patty is someone who’s not FROM Ireland, but is more Irish than any person who actually IS. This is fucking brilliant, and perfectly describes what it is that I personally hate about St. Patrick’s Day, and many Irish pubs in general. For me, to be on a date with the most quintessentially Irish woman I could imagine, and hear this coming out of her mouth, followed by a litany of profanities, was the most wonderful thing that could happen to me.

I’ve since met other fine folks from Ireland while out and about, but these experiences are the ones that made me really develop a love and fondness for Irish people and Irish culture. While I find the whole get-up about the holiday pretty shallow and fabricated, I do love that the Irish people have a rich culture, a sense of honor and tradition, and most of all, a sense of humor. If I ever find myself invited to celebrate with true Irish people on this day, then you can absolutely count me in. Until then, you can summarize my feelings on St. Patrick’s Day as this: 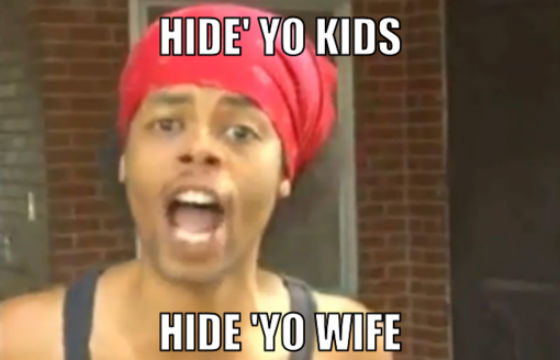 Happy St. Patrick’s Day everyone, have fun out there!

View all posts by Shane Hachey